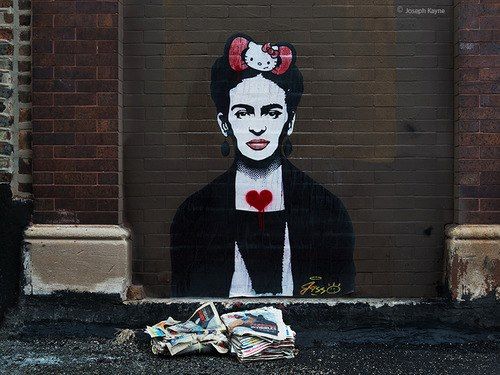 Ted wore square hipster glasses and slicked back his thinning hair. We met when I was 23 and he was 30, which seemed really, really old, like Dad old. It’s probably why I trusted him more than I should have. The night we met he drunk drove me home from a dive bar, pulled over in front of my apartment and said, “You know I’m just trying to score right?” When he smiled, I saw through the gap between his front teeth. He laughed and shrugged, “What? I’m just being honest.”

He was honest and I liked it. Ted never tried to cover up who he was—he was base and dirty and swore, and drank too much and broke the law. I learned this over the years, but during those few seconds before I gave him my number and got out of his car, I could already see everything. I knew exactly who he was—and I didn’t care. I wanted to be friends.

Ted was smart. He had a Master’s in Philosophy and an apartment lined with dusty books—Lacan, Foucault, Heidegger, Hegel. The books weren’t even on shelves, just stacked high along the walls and next to the bed. Halfway through his Ph.D. program he decided that philosophical inquiries were pointless and unrewarding. He figured there weren’t any answers to life’s big questions, which brought him to one conclusion:

“Clark,” he said, (He always called me by my last name), “The only thing that matters in life is money and fucking.” This was the first of many life lessons he would hand down to me over the years.

Ted abandoned his youthful goals of becoming a professor and focused exclusively on becoming a stockbroker, the idea that the cash flow would lead him to his other goal, namely, sex.

“Clark, would you ever let me pee on you?”

“Would you ever pee on me?”

“That’s what everyone says. People are so boring.”

We had that conversation about once a week.

Ted and I got drunk a lot. We drank in his car, in my car, in his apartment, in my apartment, and any of the many hole-in-the-wall bars we had discovered within drunk-driving distance from where we passed out. Our friendship consisted mostly of boozing and extended confessionals. We were both free to explore our unspoken desires and disclose our private angst and depressive episodes. We always managed to comfort each other with full disclosure.

On one of these nights, after musing about the afflictions of dating, Ted started kissing me in my parked car outside his apartment. I was too drunk to care.

“We should fuck,” he said. Again, too drunk to care, I stumbled in behind him and fell into his bed. We were both rolling around sloppy and just as I reached for his zipper he put his hand over mine to stop me.

“I need to tell you something,” he said.

“Yeah? What is it?” The room was spinning around the bed. I closed my eyes.

I rolled out of bed faster than I had fallen into it, “Okay. Good to know,” I said. I remember sighing loudly. “Sorry,” I said, “It’s not worth it, dude. I’m sleeping on the couch. I’ll be gone in the morning.”

My respect for Ted grew infinitely that night. Telling me he had herpes felt like one of the kindest things anyone had ever done for me. After everything I knew about him, he had an unexpected level of integrity. The well-timed confession solidified our friendship in a way that sex never would have.

I stayed in touch with Ted after I moved to New York. He remained the first person I would call when I had done something stupid or drunk—usually both. One night stands, coke binges, blackouts- I knew exactly who to call. I called Ted when I cheated on my boyfriend, another time when I crashed my car drunk in San Francisco, or if I just needed to say, “I got into some S & M last night.”

In these cases, he would usually, say to me, “Clark, just forget about this one.” We did a lot of that, forgiving the other one aloud, so that we could forgive ourselves. I liked Ted because I knew he wouldn’t judge me. The way I saw it, no matter what my indiscretions, illegal activities, and misdeeds were, his were always one step further away from moral decency than mine.

Ted was always involved with women he shouldn’t be—colleagues, prostitutes, or married women. The relationships were invariably dramatic, some caustic, some romantic, others just kinky. It was always messy and he told me every detail. When he did have a girlfriend, he was halfway out the door and if he wasn’t already cheating, he was planning on it.

One of his girlfriends dumped him because she found a used condom on his front porch.

It was true, with one exception. Ted believed that if you actually used a condom, technically you weren’t really cheating because you weren’t touching another woman’s vagina.

‘”It doesn’t count,” he explained.

He also thought he had invented pulling out.

Ted was rarely stressed about his activities, even when he impregnated a married woman from his office.

“What are you going to do?”

“Nothing. We’re both going to keep quiet about it.”

“So this guy… this husband, is going to be raising your child?” I asked him.

“So, in like 15 years you could have some kid knocking on your door telling you that you’re his father.”

Ted’s drinking and philandering escalated over the years. I had to fly back from New York one weekend because he had been kicked out of his then girlfriend’s house and was homeless. I found him drunk, wandering along the side of the road, wearing a suit from the week before. His car had been impounded and he was about to be fired from his job. I helped him find an apartment and took him to Target to buy a pillow and new sheets.

His downward spirals were also punctuated by brief moments of optimism and disregard, a return to the old Ted.

“Clark. Do you remember my fantasy of getting peed on?”

“Well, it happened. I finally got someone to pee on me.” He was elated with his good fortune. He told me all about a stripper he met, who was, “actually quite clean and smart.” She liked his book collection.

“You didn’t have to go home with a stripper,” I said, “I’m sure someone else would have peed on you without paying them.”

“No, they won’t. That’s the thing. You don’t get it! I’ve been trying to get someone to pee on me for my entire adult life and it’s not as easy as you think.”

I came back into town after living abroad for a year and made plans to go drinking with Ted. We revisited our old stomping grounds, ordering the same whiskey and beers at our favorite stops. Ted seemed skittish and kept looking over his shoulder. Every time I ordered a drink, he’d say, “Okay, slam that, we have to go.” He’d park in a discreet area and sit in the corner booth, always keeping an eye on the door.

Ted squinted his eyes and shrunk into his seat and whispered, “My girlfriend.”

“I didn’t know you had a girlfriend,” I said.

“Well, I do. She’s been following us. She’s onto us. And she knows who you are.”

“Yep. I live with her. And, she thinks I got sober. I actually haven’t had a drink in six months, but I knew you’d be back in town,” he said, “I thought. . . maybe just this once.”

A few days later I got a call from his girlfriend and she asked me if he had been drinking.

I covered for him, “Nope. He he didn’t have any booze with me,” I reassured her. Then she told me to stay away from him.

That night, Ted called to tell me that his girlfriend had given him an ultimatum: rehab or she was leaving.

“Should I go?” he had asked me, “Maybe I do need help.” I told him he wasn’t so bad, that he could handle it on his own. She was being too extreme and he should be careful about letting a woman control him like that.

“Why would you be with a woman who doesn’t understand you?” I asked, “She obviously doesn’t know the real you, and you don’t want to spend your life hiding from someone do you?” as though, my front row seat into the darkest corners of his life, the sex, the prostitutes and the drugs, made me privy to his soul, his essence, his true self and potential.

“Then it’s a year, then you marry this woman and you are sober the rest of your life. Can you handle that? She doesn’t know you,” I insisted, the subtext being, she doesn’t know you like I know you. I know the real you.

He called me the next day and he was drunk again, “Clark, I’m feeling good. I’m going to win the lottery. When I win, will you come with me to Key West? We can just lay around and write and get drunk all day.”

“I can’t wait,” I said, locking into this fantasy that survived our pain, our regrets, or this shared knowledge that something had to change.

It was the last conversation we ever had. The next day I texted him, but no response. I left voicemails asking if he was okay, but nothing. I continued to call until there was no ringing or message attached to his old number. Months went by, then a year, and another year. I tried here and there, but I knew what happened.

Ted cut me off. He severed me from his life. There was nothing left for us to share.

I knew Ted went to rehab. I knew he started going to 12-step meetings and got sober.

Years later, I heard he was happy. He married that woman who sent him to rehab and they had a baby together. I thought about Ted a lot. The idea of Ted’s sober life baffled me. It was a life without strippers, or whiskey, or nights he accidentally smoked crack.  It was life without the tumult and chaos of a morning after. A life where he paid his bills and went to work. A life that didn’t demand an accomplice or someone to hear his confessions.

I imagined Ted waking up, combing his hair and shaving his beard. He makes his bed and pets his dog. He brews a pot coffee, reads the paper, and takes a walk around his neighborhood. He waters the lawn. He waves to the neighbors. He smiles. This image made no sense to me, and I realized, it was possible, I never knew Ted at all.

And somehow, I had never seen it, that for Ted, the bad influence—was me.