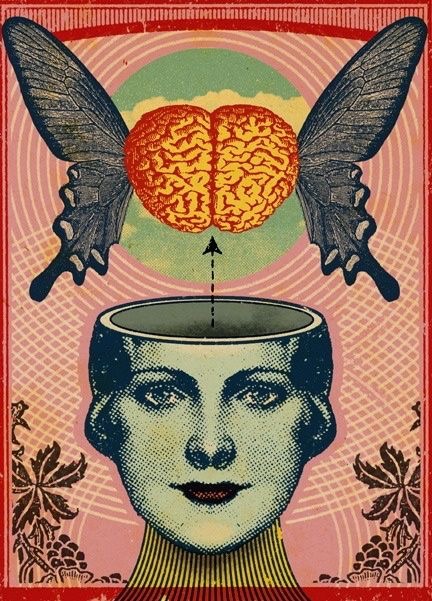 Mothers are archetypes in lore and mythology for good reason. It’s not just the power to give birth that sets them on an imagined pedestal; it’s the array of supporting qualities—edgeless compassion, unwavering kindness, the glorified selflessness. The role of mother was both captivating and terrifying, because it simply wasn’t me. What metamorphosis would I have to endure to incarnate as this particular kind of woman?

Even when I didn’t want children, it was hard not to perceive motherhood as the pinnacle of feminine existence. Becoming a mother seemed like a necessary rite of passage, a way to come into the world, as evolved, directed, at the very least prepared. If I was a mother, I would carry more practical items in my purse than just a pair of handcuffs or a rotten piece of fruit. Mothers carried tissues and crackers and Band-Aids and other things that were actually intended to nurture other people. Such motivations had always eluded me.

Mothers had all of these qualities, and they were stable and reliable in a way that I wasn’t. Something must have made them this way, I believed.

It must be in the baby.

You make a baby and get to be someone else. All it takes is nine months, and you transform, as though these hormones, this baby and the womb, were a kind of cocoon  to envelop the woman who would evolve,  change, and become—mother.  So, when I decided to get pregnant, I wasn’t just giving birth to a baby– I was giving birth to a new me.

Of course, I wanted the baby and understood the sacrifices, but I wholeheartedly believed in the prospect of this transformation. I held a serious conviction, that once I became a mother, I would be different. I would be selfless, and loving and kind. I wouldn’t have the urge to drink whiskey until the sun came up or stay out all night with strangers or go to Berghain on a Sunday afternoon. I would get over my depression. I would stop having panic attacks. I wouldn’t need to travel or run. I could stay in one place. I could stop trying to figure out what was wrong with me.

Pregnancy and its swelling potential filled me with a deep sense of gratitude and purpose. The glow was real. I loved the way people looked at me–men, women, and children alike seemed to smile, awe-filled, seeing me the way I had always wanted to be seen, How selfless I was to be carrying this child, what a sacrifice I had made of my life and my figure. It was almost too easy, as my pregnant body already embodied everything I had wanted to become, everything I believed that I was missing.  They saw the goodness in me that I had never been able to see before.

I simply assumed that, once having and holding this baby I already loved so much—I would be better, I would be different. In one of the most important ways, I would be released from my obsession with alcohol. I would be freed from binge drinking, black outs, and other signs that pointed to alcoholism since I was 16. After all, I could never be a drunk mom. Drunk moms were reckless, selfish, and, really, they weren’t even real moms. There was something inherently wrong with them, because how could you do that? Months, weeks, even days before my daughter was born, I remember thinking, “I’m so glad I’ve changed and that I don’t need to drink anymore.”

It was such a comfort to no longer be haunted by the specter of alcoholism.

The actual birth and cold swim shock of new motherhood was everything powerful and amazing, and, also expected, a general existential fuck. I am not going to detail the already well-documented experiences of sleep deprivation, physical pain, or the emotional exhaustion that comes with new motherhood. I’m not even complaining: I always knew it was going to wreck me in certain ways, even if I couldn’t have predicted exactly the myriad ways that it did. I knew that all of this would be part of it. However, my emotional landscape was also clouded by post-partum depression and I was diagnosed with PTSD after a traumatic birth. I didn’t even know that was a thing until my doctor referred me to an osteopath who specialized in trauma recovery for new mothers.

My drinking after her birth started slowly. A glass or two of wine some nights in the first weeks, then gradually more, but my compulsion to drink was increasing by day. I knew exactly what alcohol did for me- it was my escape, from my body, my feelings, from my own mind, even from time, that feeling of being stuck, those long days and nights as a new mother that never seem to end. I started to think about drinking at earlier hours. Home alone with a baby, the reality crossed my mind that no one would notice or care if I had a few. There was one night I told myself I wasn’t going to drink, but I couldn’t stop myself from pushing the stroller into the neighborhood bodega for a bottle of wine. Other nights, I tried to cap it at one glass, but couldn’t stop before finishing the bottle. Even if I had bought, two or three, it was never enough.

Worse than my compulsion to drink, was the feeling that I really needed it at the end of the day. I yearned for my daughter to fall asleep so I could have my time and felt resentful if she woke up again after the bottle was uncorked. I kept a cold distance from her on those nights—even the sounds of her cries were different to me when I was already a few glasses in. They didn’t stir me or move me the same way they did when I was sober; they were simply interruptions, like distant sirens, grating, disconnected, like the sound of someone else’s ambulance.

Then something happened that brought me to my knees.

One night when my daughter was nearly four months old and my husband was working late, I started drinking boxed wine, a leftover from our Christmas party. A few glasses here, a few refills, then a few more, even a few phone calls later, and I blacked out. I don’t remember finishing the wine or going to bed or what happened in those hours, but I know my daughter would have been waking up.  The next morning I found my daughter asleep in bed with me. I couldn’t remember bringing her there. I didn’t remember caring for her that night, feeding her, or how I must have stumbled into bed with her by my side. The images of what could have happened filled me with terror.

The next morning, I held my daughter, feeling so ashamed, so scared of what could have happened, what would happen to us if I didn’t do something. And then, I heard a voice so clear, so audible. For the first time in my life, after 20 years of willing it not to be true, I heard the words, “You’re an alcoholic. Get help.”

I had never considered those words: Alcoholic or Help. I had been out of control in so many ways, but for the first time, I knew I was not okay. No amount of managing my drinks, or only drinking on weekends, or even cutting myself off  for a while was going to be enough. If I had any control over my drinking, there is no way I would have let myself blackout while taking care of a newborn baby. I knew that motherhood, day after day, year after year, would have only amplified my addiction. It was exactly the antidote I craved to answer the tedium and stress of new parenthood. The increased anxiety and depression were mounting everyday. My restless mind had become unbearable. I saw exactly where I was headed and I knew I needed help.

After nearly 18 months of sobriety, I finally understand that motherhood couldn’t fix me. Nothing could have. For so long I had been looking for that thing that would make me feel better, that thing that would make me feel like I was enough. For me it had always been about creating potential, with degrees and jobs and boyfriends and new cities, and travel destinations, and drugs, and booze, and like that children’s book, the Hungry Caterpillar, I had filled myself with so many things, consumed so much, sought out so many ways to be.

And, none of it worked. 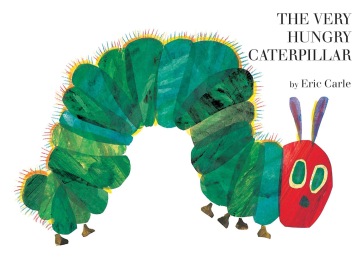 I love this metaphor though, the caterpillar that continues to eat and eat, consumes so much, and then must stop, and be still. It must simply be. I am there now, cocooned, warm and safe, learning to be present. And sometimes, in the stillness, I am cramped by old memories, or regrets, pains that I do not want to remember. I am in my cocoon, with all of it, all of me, all of who I was and who I will become. There is still so much potential, so much beauty to be seen. Naturally, there is evolution, and change in this phase, this state of motherhood, but not the way I imagined. Motherhood forced me to see my weaknesses, my deepest fears and pains, the reality of me.

It taught me to love myself, so that I am truly able to love.

4 thoughts on “Motherhood Can’t Fix You”